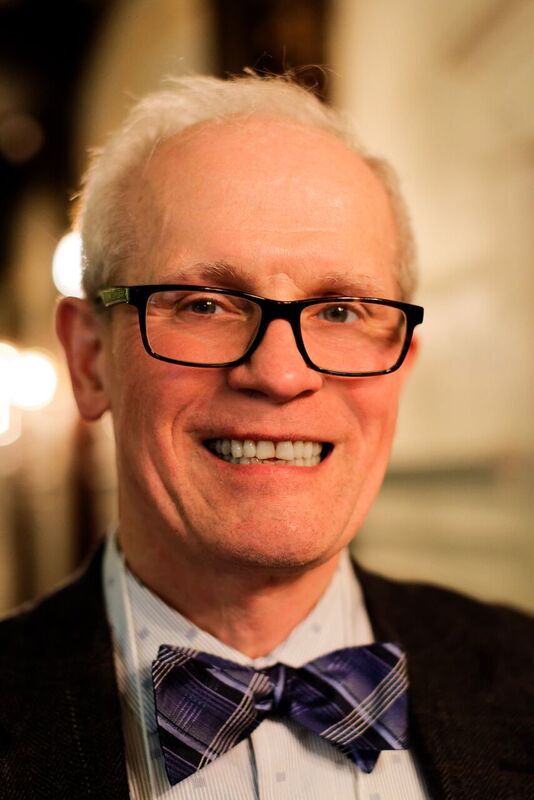 The Executive Board of the Music OCLC Users Group (MOUG) is honored to name Mark V. Scharff (Washington University in Saint Louis) as the fifteenth recipient of MOUG’s Distinguished Service Award. This award was established to recognize and honor those who have made significant professional contributions to music users of OCLC. The MOUG Executive Board selects recipients based on nominations received from the membership.

Through his years of tireless and devoted service to the profession, Mark’s name, voice and spirit have become synonymous with music cataloging and with MOUG. His time in the profession dates back to 1989, with stints at the University of Iowa and Indiana University-Bloomington. In 1992, he began his tenure as Music Cataloger at Washington University in Saint Louis, where he has remained to this day, carefully ensuring the highest quality of music bibliographic metadata in one of our nation’s finest research libraries.

Mark’s service ethic knows no bounds. We highlight just a few of his many accomplishments here. In 2003, he answered the call for MOUG Board service, and ably served from 2003 to 2007, including as Chair from 2004 to 2006. He has been an independent contributor to the NACO-Music Project (the name authority funnel project that flourished under MOUG’s auspices for many years) since 1991 and a reviewer since 1994. He has also served on the NMP Advisory Committee both as a regular member and as Chair. In 2010, he succeeded the late Ralph Papakhian as NMP Coordinator. With a steady hand, he has bravely led this intrepid group of music catalogers through all the trials and tribulations of RDA implementation, and continues to promote and represent the funnel (and thereby the interests of the music community) at the national level.

Capitalizing on his deep expertise in the area of music authority control, Mark has served on several Program for Cooperative Cataloging task groups. He has also served the American Library Association and the Music Library Association in numerous capacities, the most recent of these being: as Member-at-Large on the MLA Board of Directors; as Chair of the MLA Descriptive Cataloging Subcommittee from 2008 to 2012; and as MLA Liaison to the ALA Committee on Cataloging: Description and Access during that same period. These recent appointments coincided with the early development of RDA, and he has written and responded to numerous proposals since RDA was in draft form.

Most importantly, Mark has earned the utmost respect from his peers. Friend and colleague Kathy Glennan writes: “I have valued Mark’s commitment to the profession, his interest in solving cataloging problems at the national level, his sense of humor, his responsiveness to colleagues, and his ability to meet deadlines.” Shelley Rogers, another friend and colleague, writes: “Mark stands out as a leader in MOUG whenever cataloging expertise is sought. He’s like that old commercial (“When E.F. Hutton talks… “) and everyone in the room leans closer to listen to what he has to say. We know he will have a thoughtful, learned opinion when he speaks.” When he is not dispensing wisdom, he is asking probing, thoughtful questions that draw out the wisdom of others. His gregarious nature acts as a welcoming beacon to newer members of the profession, and he is always ready to expound on topics of mutual interest, often late into the night with drink in hand. Through his countless good deeds, Mark has shown a vested interest in our collective success, and MOUG is what it is today thanks to his presence.