The Music OCLC Users Group (MOUG) is pleased to announce the recipients of the 2018 Ralph Papakhian Travel Grant. 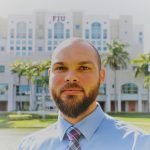 Enrique Caboverde, III is a Florida native and cataloger for the Steven and Dorothea Green Library at Florida International University (FIU), where he has served in technical services for over nine years. He has earned both a BM and MM degree in classical guitar performance from FIU, and is currently in his fifth semester at Kent State University’s iSchool, working towards a graduate LIS degree with a focus on metadata, music, and academic librarianship. He also enjoys playing electric bass and recently recorded the album You Remain with his home church, Christ Fellowship Miami. He prefers to go by “Ricky” and is an unashamed coffee addict. 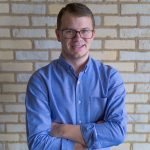 Ryan Johnson is an MLS graduate student at Indiana University where he is an ILS Merit Scholar Fellow. He is a student worker in the William and Gayle Cook Music Library and the Archives of Traditional Music in technical services as a student worker. At Indiana University, his primary duties include sound recording maintenance and cataloging. Ryan also enjoys volunteering weekly at the reference desk to help answer patrons’ questions. Prior to attending Indiana University, he was a student worker in the Dwight Anderson Memorial Music Library at the University of Louisville where he assisted with the cataloging and processing of special collections, including the Grawemeyer Collection and the music of Mildred Hill and Karl Schmidt. Ryan has been an active member of MLA since 2016. He is the President of the Students of Music Librarianship Group (SMLG) as well as the Student Representative to the ILS Student Advisory Council at Indiana University. He is also a member of Music Library Students and Emerging Professionals (MLStEP). Ryan holds a Bachelor of Music in Instrumental Performance (Percussion) from the University of Louisville. His primary interests in music include topics related to contemporary classical music and music for percussion.​

Dustin Ludeman is a native of Leesburg, Virginia. He holds a B.M. in piano performance from the University of Maryland, College Park, and an M.A. in musicology and M.L.S. from Indiana University. He began to catalog music materials at Indiana University under the guidance of Janet Scott, Sue Stancu, and Charles Peters. Since July 2016, he has lived in Queens, New York, where he catalogs music materials for the New York Public Library at BookOps.

Treshani Perera is a recent MLIS and MM in Music History graduate from the University of Wisconsin- Milwaukee (UWM), and has recently accepted the position of Music and Fine Arts Cataloging Librarian at the University of Kentucky’s Little Fine Arts Library, which she will be starting in January 2018.

As a graduate intern for the UWM Libraries, Perera completed internships in music cataloging and authority control/creation under former music cataloger Brad Young, and worked as a graduate Intern for the UWM Music Library. Perera also served as a project intern for the Sheet Music Digital Collection out of the UW-Milwaukee Digital Collections and Initiatives Department, and assisted with remediation of digital collections metadata. Prior to that, Perera served as an UWM Archives Intern managing metadata and quality control operations for digitized audio-visual content and indexed digitized oral histories using the Oral History Metadata Synchronizer (OHMS). Her work using OHMS was featured in a lightning talk during the MOUG 2016 Annual Meeting. Perera has been a member of MOUG since 2016 and served on the 2017 MOUG Annual Meeting Program Committee. Perera holds a Bachelor of Arts in Music and Psychology from Berea College (Berea, KY) and Master of Music in Performance (Collaborative Piano) from Illinois State University (Normal, IL). 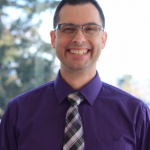 Dan Ray is a Music Metadata Librarian at the University of Virginia. His entry into the music library world follows a thirteen year career as a middle school band director. While pursuing his MLIS at the University of Washington, Dan worked as a Cataloger for Seattle Opera, Digitization Technician for UW Special Collections, and Digitization Specialist at NPR. He also plays trombone and does music library things for the Army National Guard Band. 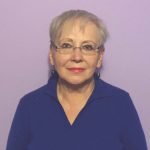 Wanda Rosinski is an original and copy cataloger at the University of Tennessee, Knoxville (UTK) Library. She earned her Master’s in Polish Philology from the University of Wrocław, Poland. After graduation Wanda worked in the Institute of Geography Library at the University of Wrocław, Poland. She came to the United States in 1983 and began working for UTK Library in 1986, first in the Acquisitions Department, moving to the Cataloging Department in 1988. While working full time, Wanda earned her M.S. Degree in Information Science in 2010.  She works with a variety of materials, and her specialties and duties are cataloging all music materials, French Approval plan books, non-print formats, and working with MARCEdit for batch load of assigned e-collections.  In 2017, Wanda started working on a new digitization and metadata project for David Van Vactor’s Music Collection consisting of music score manuscripts (approximately 1,000 objects). She also contributes authority records for personal and corporate names for the NACO Tennessee Funnel. Wanda likes learning new skills and she likes teaching and sharing her acquired knowledge. Her personal hobbies include reading books. She is a member of the neighborhood book club. She enjoys opera, theatre, classical and popular music, jazz, art, and learning about the culture of various places she has travelled to. 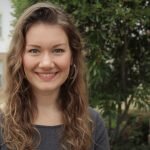 Katherine Willeford is a MLS graduate student at the University of North Texas (G’18). She is the Music Cataloging Graduate Services Assistant at the UNT Music Library. She also works as a staff singer at Highland Park United Methodist Church in Dallas. This past summer she completed an internship with the Dallas Symphony Orchestra Library. She has been a member of the Baylor University A Cappella Choir and the UNT A Cappella Choir. Katherine holds a B.M. in Vocal Performance from Baylor University.

About the Ralph Papakhian Travel Grant

The Ralph Papakhian Travel Grant supports attendance at the annual MOUG meeting and, in recognition of Ralph’s mentoring role in music librarianship, is especially intended to support newer members of the profession in both public and technical services. The award offers free conference registration for the MOUG annual meeting (January 30-31, 2018, in Portland, Oregon); reimbursement of up to $200 in associated expenses (lodging, meals, etc.); and one year’s free membership in MOUG, including three issues of the MOUG Newsletter.

The Papakhian Grant is made possible by ongoing donations from MOUG members. Donations are tax-deductible and may be made at any time on the MOUG website (https://musicoclcusers.org/community/donate/), or by contacting MOUG Treasurer Tomoko Shibuya (t.shibuya@northwestern.edu). Thank you for your support.